The Sanctity of Our Armed Forces

Posted on August 1, 2017 by alanpzendell

A. L. Kaplan’s love of books started as a child and sparked a creative imagination. Born on a cold winter morning in scenic northern New Jersey, her stories and poems have been included in several anthologies and magazines. Her first novel, Star-touched, was published on October 1, 2017 https://www.amazon.com/s/ref=nb_sb_noss?url=search-alias%3Daps&field-keywords=kaplan+startouched. She has served on the Maryland Writers’ Association’s Howard County Chapter board for several years and holds an MFA in sculpture from the Maryland Institute College of Art. When not writing or indulging in her fascination with wolves, A. L. is the props manager for a local theater. This proud mother of two lives in Maryland with her husband and dog. 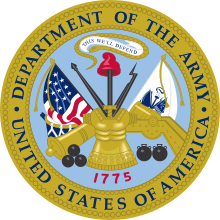 On June 14, 2016 candidate Trump tweeted a message to the LGBT community: “I will fight for you while Hillary brings in more people that will threaten your freedoms and beliefs.”

On July 26, 2017, President Trump tweeted, “the United States Government will not accept or allow Transgender individuals to serve in any capacity in the U.S. Military.”

I want to add my voice to the millions of Americans who have reacted with shock and dismay to this change in policy. Each and every person in all branches of the United States military is there because they want to serve our country, protect its citizens and the rights guaranteed them by our constitution. These brave people do what most of us are unable or unwilling to do; risk their lives to defend our land, sea, and air domestically and abroad. This job takes them away from their families for months at a time, but that is a sacrifice they make willingly to keep us safe.

So why would we want to keep any of our brave and courageous people from volunteering to serve our country? Death does not discriminate against people based on race, religion, sexual orientation, or gender identity.

Next time you see a member of our military, don’t forget to thank them for their service. They are there to protect you regardless of your race, religion, sexual orientation, or gender identity. If they don’t discriminate, neither should we. To do so goes against everything this country stands for.

We don’t really know how many transgender persons serve in our military, because bigotry, prejudice, and outdated rules have forced most of them to hide their identity. As a result, estimates vary wildly. A 2014 UCLA study pegged the number at more than 15,000, while a 2016 study by the Rand Corporation commissioned by the Defense Department estimated the number was between 2,150 and 10,790. More than likely the actual number is higher, since transgender persons have a strong incentive not to admit their identity when asked.

Does the number matter? Would Trump’s tweet be any less horrendous, any less in violation of American values if there were only one?

3 Responses to The Sanctity of Our Armed Forces